In the Italian deck of playing cards called “Modiano”, which dates back to the 14th century, the Three of Cups is a wild or trump card in the games Scopa and Briscola. These games are hundreds of years old and this deck used is similar to the Tarot card deck. The Three of Cups in Tarot symbolizes abundance, joy and friendship.

We opened our doors for business in December of 1992. We have had a long time connection to Pizza in the neighborhood. “Co-owner” Santo Fazio was hired by Phil Hartman when he was about to open his first Two Boots, circa 1987, and with Phil he created the style of pizza that is now famous at Two Boots’ all over the city. Andy Bellucci also worked and trained with us at Three of Cups for a couple of years before he opened Lombardi’s on Spring Street.

As you can see we have been a part of some of the best pizza in NYC for quite some time.

In addition to fantastic pizza, we are very proud of the food that comes out of our Southern Italian Kitchen. It is authentic and always prepared with the freshest ingredients using old family recipes from several southern Italian regions including Sicily, Naples and Bari. 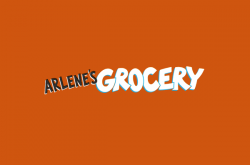