Rolf Babiel was born in East Germany in 1952.  When he was a teenager, he became a machinist for the local railroad.  In 1977, he received permission to move to West Berlin, where he worked as a milk truck driver delivering milk throughout West Berlin.

In 1981 Rolf immigrated to the United States, he arrived with $500 and quickly got a job hanging sheetrock for $4.50 per hour.  He worked hard, saving every penny he made to purchase a food cart, which he soon bought and opened on 54th Street and 5th Avenue across the street from Lufthansa and The University Club.

Rolf’s was the first German food cart that ever opened in New York City.

Over the next 25 years, Rolf’s customer’s enjoyed his sandwiches, and he became friends with a German butcher with whom he created a series of unique names for the sausages he was selling on the street.

Rolf created the name Hallo Berlin and decorated his carts with signs that he designed and created by hand advertising the names of his sandwiches.

Soon afterwards, Rolf met his wife Bernadette, and they came up with the name German Soul Food, which immediately attracted more customers and substantially increased the business.

Rolf and Bernadette opened their first restaurant in Greenwich village in the late 1980’s, then after a couple of years closed it and reopened at a new location on 53rd Street and 9th Avenue.

Two years later, after the arrival of their first son, Peter, they moved the restaurant to 51st Street and between 9th and 10th Avenue.

In 1998, they opened Hallo Berlin in Conklin, New York, and another restaurant in Endicott, New York.

Two years later, they closed the restaurant in Endicott and moved Hallo Berlin to 10th Avenue between 44th & 45th Street.

In 2005 Rolf was the first Food Vender to win the Vendy Award, for the #1 Food Stand in New York City  Immediately afterward, Rolf was interviewed by NBC’s Sunday Morning Today Show, television channels from Germany, Japan, China and all of New York’s local newspapers who started writing articles about him and Hallo Berlin.

The name and legacy of Hallo Berlin continues with Bernadette, Peter and Alex today.  We are looking forward to Peter continuing the food cart very soon. 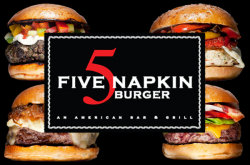